The S-Drive is a digital computer peripheral. Along with its unique serial number and programs, it is ‘linked’ via the web, to our secure servers and technology centre in Germany.

BACK TO HOME
More

The S- Drive is a wellness device, it is not designed to diagnose, detect or cure any illness. The S Drive is operated in 67 countries by: wellbeing practitioners, sports professionals, fitness and beauty centres, nutritional professionals, Dietary Advisors, Weight Loss Centres, Spa Resorts and preventative organisations.

The S Drive is a portable device with a spectrum coil in its centre. We use the hair root bulb as an informational source, since the hair follicle is a part of the sensory system of the body. This In-Vivo biomarker expresses information from the environment that is present in the energy field.

The coil detects the hair & bulb resonance information, which is then digitized and sent securely to our remote computer centre in Germany, where the hair and bulbs digitized information is then decrypted. The information is then run through powerful logarithms in order to reveal relevancy and challenges, which the underlying systems of the body may have been experiencing over time. The resulting relevancy information provides a personalized, real-time overview of the underlying nutritional and metabolic conditions, which determine wellness and wellbeing.

The technology relies on digitizing the information found in four strands of hair with their bulbs attached, Plucked from the occipital area of the scull and within three minutes digitised. The hair and bulb follicles have proven to be effective biomarkers, as they accumulate information of Homeostasis and epigenetics over time. 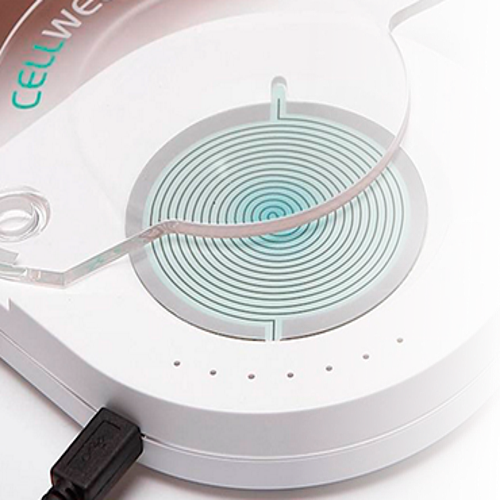 Our Technology uses In-Vivo bio-information to distinguish which information is relevant to supporting efficiency and optimal expression.

This resulting information reflects a variety of underlying metabolic processes, often before the expression of a symptom.

Many scientists believe that computerized informational medicine has become possible due, in part, to the increasing understanding of Homeostasis and epigenetic environmental information.

Hair can be found on all of the major visible surfaces of the body. It is also the only body structure that is completely renewable without scarring.

The ectoderm is the extreme outer layer of the neural tube, which forms at the end of the 4th week of gestation. This develops the hair as well as the rest of integumentary system, which comprises the skin, the nails, the teeth along with the nervous system comprising the brain, the spinal cord and nerves. A developing foetus has all of its hair follicles created by the 22nd week of pregnancy. At this time, there are at least 5 million follicles over the body; one million of these are on the head, this will be the largest number of follicles we will ever have, as follicles cannot be added later in life. When we grow older, the size of the body increases and the density of hair follicles on the skin decreases.

The resonant information changes over time as it is connected through resonance with the Epigenetic influence of the person. Our macro and micro environments have an effect, such as – chemical toxins, air quality, food and nutrients absorbed, the electromagnetic environment and even the 50,000+ thoughts we have per day.

The S Drives digitized hair information is then sent via a secure connection to our high-speed servers in Hamburg Germany, which use resonance algorithms to map optimization. We have an extensive database of information files including dietary, nutritional and environmental influences. No personal information is sent to Germany of the clients. Their names or addresses as well as other details remain completely on the S-Drive operator’s computer.

The resulting Epigenetic information is presented in a comprehensive report which is returned to the S-Drive operator within 15 minutes.

The Report is relevant for a period of 90-days as the Epigenetic influences are constantly changing. 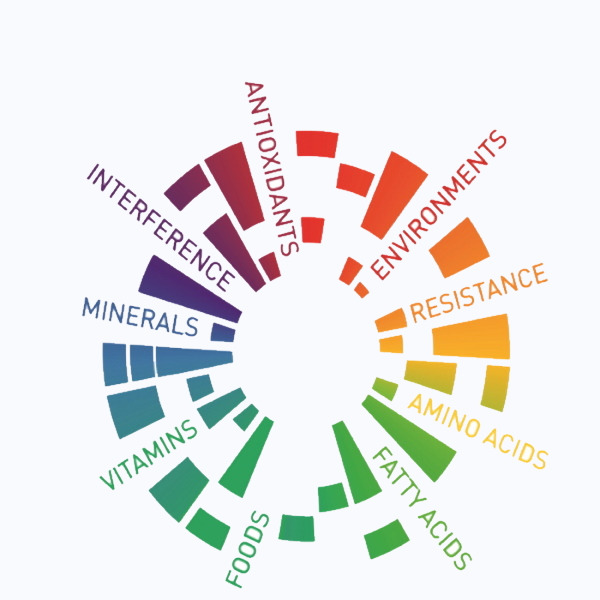 The German algorithm calculates the relevancy of each specific data item to determine the weighting of each individual category. The report presents this information as a % of relevancy in each individual pie chart graph.

When the mapping process is completed, the specific epigenetic data is then returned as an encrypted data file to the geo located S-Drive using the same unique encrypted sending codes.

Upon receipt by the S-Drive, its automated software decrypts the data file, generates a readable file and then adds the client’s full name and details to the epigenetic report.

*Note: At all times the clients’ personal data remains on the local S-Drive licensed computer and is not stored on the Cell Wellbeing German facility’s database

The S-Drive has an intended use that relates to supporting, maintaining or encouraging a general state of health. The S-Drive detects epigenetic signals that influence gene expression, so that changes to diet, nutrition and lifestyle can be adopted to support optimal physiology and performance. The S-Drive is neither invasive nor implanted, and does not involve a technology that may pose a risk to the safety of users or other persons if specific regulatory controls are not applied, such as, for example, risks from lasers or radiation exposure. Importantly, the S-Drive is not intended to diagnose, treat, cure, or prevent disease, as expressly stated on the reports that are generated from the S-Drive. The S-Drive is fully compliant with FDA guidance 1300013 (UCM429674).

None of these statements have been evaluated by the FDA. This product is not intended to diagnose, treat, cure or prevent any disease or condition. It is intended to provide nutritional food information. The digital process uses We use In-Vivo rather than In-Vitro technology and therefore does not provide reproducible indicators as it reflects the constant changing epigenetic environment at the quantum biological level. For this reason, nutritional food optimization should only be considered every 90 days. it is NOT recommended that a new Optimized report be created within this period.